October 31, 1918 – The Battle of Megiddo also known in Turkish as the Nablus Hezimeti (“Rout of Nablus”), the Nablus Yarması (“Breakthrough at Nablus”) was fought between 19 and 25 September 1918, on the Plain of Sharon, in front of Tulkarm, Tabsor and Arara in the Judean Hills as well as on the Esdralon Plain at Nazareth, Afulah, Beisan, Jenin and Samakh. The Battle of Megiddo was the final Allied offensive of the Sinai and Palestine Campaign of the First World War. The contending forces were the Allied Egyptian Expeditionary Force, of three corps including one of mounted troops, and the Ottoman Yildirim Army Group which numbered three armies, each the strength of barely an Allied corps. The series of battles took place in what was then the central and northern parts of Ottoman Palestine and parts of present-day Israel, Syria and Jordan. After forces of the Arab Revolt attacked the Ottoman lines of communication, distracting the Ottomans, British and Indian infantry divisions attacked and broke through the Ottoman defensive lines in the sector adjacent to the coast in the set-piece Battle of Sharon. The Desert Mounted Corps rode through the breach and almost encircled the Ottoman Eighth and Seventh Armies still fighting in the Judean Hills. The subsidiary Battle of Nablus was fought virtually simultaneously in the Judean Hills in front of Nablus and at crossings of the Jordan River. The Ottoman Fourth Army was subsequently attacked in the Hills of Moab at Es Salt and Amman. These battles resulted in many tens of thousands of prisoners and many miles of territory being captured by the Allies. Following the battles, Daraa was captured on 27 September, Damascus on 1 October and operations at Haritan, north of Aleppo, were still in progress when the Armistice of Mudros was signed ending hostilities between the Allies and Ottomans. The operations of General Edmund Allenby, the British commander of the Egyptian Expeditionary Force, achieved decisive results at comparatively little cost, in contrast to many offensives during the First World War. Allenby achieved this through the use of creeping barrages to cover set-piece infantry attacks to break a state of trench warfare and then use his mobile forces (cavalry, armoured cars and aircraft) to encircle the Ottoman armies’ positions in the Judean Hills, cutting off their lines of retreat. The irregular forces of the Arab Revolt also played a part in this victory. 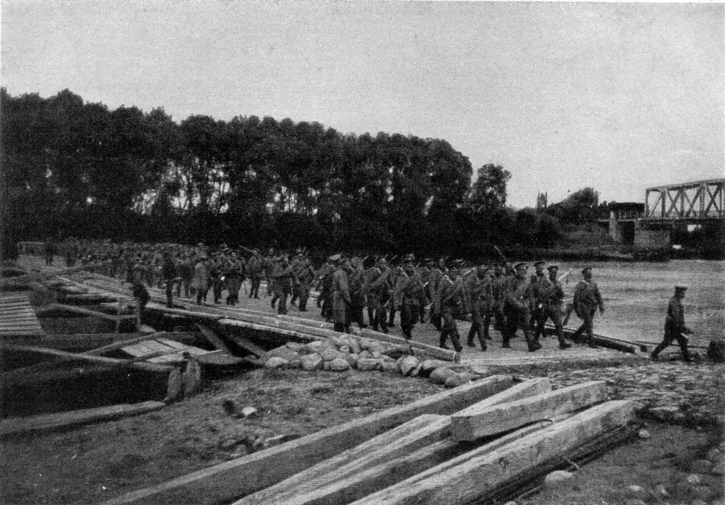